Richard Moeller of Moore, Heffernan, Moeller, Johnson & Meis, L.L.P. recently returned from Washington D.C. where he represented a petitioner at an entitlement hearing before the Office of Special Masters in the Court of Federal Claims, often referred to as the Vaccine Court. The hearing took place on January 28 and 29, 2016, and involved a claim by the firm's client to the National Vaccine Injury Compensation Program (NVICP).  A decision on the case is expected in the next several months. 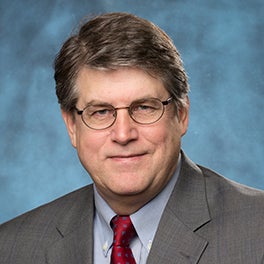 When the firm is contacted by a person who believes he, she, or a family member may have suffered a Vaccine Injury, there is no fee to visit about the claim, or to investigate the claim, or to pursue the claim if it has a reasonable basis.  Also, the firm normally pays the expenses incurred to pursue the claim. Therefore, the case can be handled free of charge. And if the claim is paid, any fees and costs are paid separately from the amount the person receives, so that the recovery is not reduced by legal expenses. Therefore, there is no reason for a person to not be represented by a lawyer in a Vaccine Injury claim. You can learn more about the NVICP and the firm's representation of persons with possible Vaccine Injury claims by visiting the Vaccine Injury page.