SHINING THE SPOTLIGHT ON ARBITRATION

On July 10, 2017, the Consumer Financial Protection Bureau (CFPB) finalized a new rule banning arbitration agreements that prevent class action suits against banks and other financial institutions.  The rule will be effective 60 days after its publication in the Federal Register and is expected to spark legal and political fights. Knowing arbitration may be taking a spotlight in the news, we thought an overview of the topic may be helpful.

Arbitration is a type of Alternative Dispute Resolution (ADR) that takes place out of court by submitting claims for consideration to a panel of one or more arbitrators.  Arbitrators are not judges; however, they do review evidence submitted by the parties that will usually include a hearing before the arbitrator that is similar to a condensed trial.  The arbitrator will then make a decision.  If the parties agreed the arbitration is binding, the arbitrator's decision will be final, with very limited appeal rights.

HOW DOES ONE USE ARBITRATION IN LIEU OF RESOLVING DISPUTES IN COURT?

The most common way a dispute ends up in arbitration is through enforcement of an arbitration clause in a contract that is disputed between parties.  However, certain industries may require arbitration in lieu of court proceedings.  Parties to a dispute may also determine arbitration would be more appropriate than pursuing a suit in state or federal courts.

WHERE CAN YOU EXPECT TO SEE ARBITRATION CLAUSES?

Contracts of almost any nature can include a clause that requires arbitration in the event of a dispute.  In the case of the CFPB rule, mentioned above, arbitration clauses are frequently found in contracts for banking and financial products such as bank accounts, investment accounts, and credit cards.  Arbitration clauses are commonly found in anything from cable television contracts, to nursing home agreements, construction contracts, employment matters, and commercial contracts.

WHAT ARE THE PROS AND CONS OF ARBITRATION? 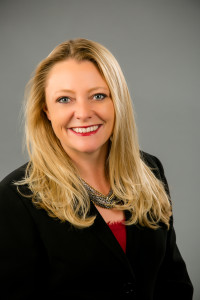 Practicing since 2002, Angie’s practice focuses on real estate, business and commercial law, and litigation. She specializes in property tax assessment and valuation, and also assists the Firm’s estate planners with various disputes.