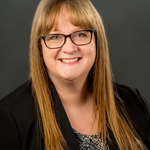 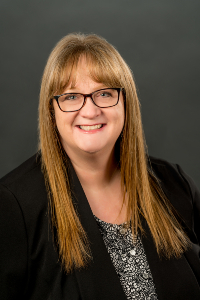 Coyreen joined the firm as an Attorney in 2020.  She grew up in Laurel, Montana and pursued her undergraduate studies at Rocky Mountain College in Billings, Montana earning her Associate of Arts degree in Paralegal Studies and her Bachelor of Arts degree in Business Management.  Coy received the 1991-92 departmental award for Paralegal Studies and was provided the honor of being a Rotary Student of the Month in 1992.  While pursuing her undergraduate studies, Coy worked for one of the largest insurance agents in Montana.  During her time at Rocky, she gained an acute interest in law and, at the urging of her professors, she pursued law school.

Coy earned her Doctor of Jurisprudence in 1995 from Willamette University College of Law in Salem, Oregon.  During law school, Coy clerked for the Appellate Division of Oregon's Department of Justice where she authored numerous briefs and had the opportunity to argue several cases as a certified law student before the Oregon Court of Appeals.  Additionally, Coy served as Form Editor of the Willamette Law Review, received high honors in Legal Research and Writing and Elder Law, and finished law school ranked in the top ten of her class (8/158).

After graduating law school, Coy sat for and passed the Oregon bar exam.  She then began a two-year judicial clerkship with the Honorable Carl N. Byers of the Oregon Tax Court.  From 1997 to 2007, Coy served as an appointed Magistrate with the Oregon Tax Court where she was one of the first women to sit on the court.  During her tenure on the bench, Coy heard cases involving a variety of property tax matters ranging from complex valuation issues for large industrial and commercial properties to simple valuation issues involving single family residences.  She also heard and decided numerous personal property tax valuation matters, property tax exemption cases, and special assessment appeals.  In addition to property tax matters, Coy also heard personal and corporate income tax appeals.  Over the course of her ten years on the bench, Coy issued over 400 written decisions.  She was a member of the Tax Section of the Oregon Bar Association and a member of Oregon Women Lawyers.

From 2007 to 2019, Coy stepped away from the practice of law to focus on raising her three children.  In 2017, she moved with her family to Sergeant Bluff, Iowa.  Determined to reenter the practice of law, Coy sat for and successfully passed the Iowa bar examination in February 2020.

During her spare time, Coy likes to spend time with her three children cheering them on at their various activities and events.  She also has a love for country music and enjoys a good concert.

NOTABLE DECISIONS ISSUED BY COY DURING HER TIME ON THE BENCH: