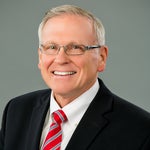 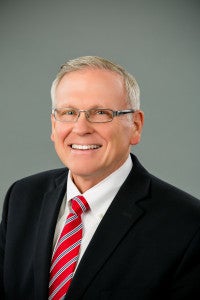 Dan A. Moore joined the Firm in 1977 as an associate, becoming a partner in 1982. Dan's practice focuses on, but is not limited to, Real Estate, Commercial Law, and Banking Law.

Dan is a graduate of Drake University, having received his Bachelor of Arts in Economics in 1974 and was awarded his Doctor of Jurisprudence in 1977. He is admitted to practice before the State and Federal Courts in Iowa, as well as the Supreme Court of the United States of America. Dan is also admitted to practice in the State of South Dakota.

Dan frequently serves as a lecturer at various seminars on real estate law, ethical considerations and title standards.  Dan also contributes his time and talents to the community. For many years, Dan had been a director of the Taxpayers Research Council, formerly known as the Woodbury County Tax Research Conference, serving as its President from 1994-1995 and served on the Sioux City Planning and Zoning Commission from 1985-2007 and served as Chairman – 1985-1988. He served as a member of the Sioux City Board of Adjustment. In addition, Dan serves on the Board of Directors for the Jackson Recovery Centers of Sioux City and is a member of the City Council of the City of Sioux City.